I know I’m over a month late with this, but better late than never, right? I have a ton of yarnbombing photos to share!

For my contribution I made sure to do much of the work ahead of time so that the actual installation would be as quick and painless as possible. It only took me about 10 minutes to get this up! I just pinned the top middle and bottom together on the light post with safety pins to hold it in place and then I climbed up onto the railing and quickly whip stitched the seam together.

I was going for a vague Welcome to Night Vale theme, so I included the purple eye logo on the front.

I made a tentacle too. There aren’t really any tentacles in Welcome to Night Vale that I can recall, but it seems to be the universal symbol for “creepy and/or weird” so it seemed appropriate. I also included a handful of red dots for Dot Day. I thought about including a few blue dots as well, but I don’t really know what the consequences might be for such a subversive action. I figured the yarnbombing organizers might be upset if it resulted in an explosion or a black hole or something, so I decided against it.

That pale yellowish pink thing is my pathetic attempt at a Glow Cloud. There’s silver thread woven through it and I used lots of bobbles to make it look cloud-like. It didn’t turn out as glowy or cloudy as I had hoped. Oh well. I tried.

The whole time I was making this and thinking up ways to incorporate the Night Vale fandom I was pretty much resigned to the fact that no one would get it. I mean, I know the fandom seems to have completely taken over the internet and any pictures I might post on the internet would probably get some love (and there was indeed a huge spike in views on my Tumblr page), but I wasn’t making this for the internet I was making it for a bridge. Well, someone DID get it! There was a poster board set up to allow people to leave comments about the project and it appears a city council representative stopped by to inspect the yarn bomb.

I was able to help put together a second lamp post cover on installation day. There was a really cool looking panel of black knitting with a gold spikey detail, but it was just a small section and needed a lot more added to it to fit around a post. I crocheted enough extra black fabric onto it to wrap around the post and added a small panel of knitted black eyelash yarn and gold-ish stuff at the bottom. Then I sewed on a woven piece that was donated and some black feather boas and tied it all onto a post in the dead of night. The next time I saw it someone had added a spiderweb to it which I think really ties the whole thing together.

Since mine was so quick to go up I was able to help install some of the other pieces. I helped out a woman named Amber with a few of hers.

There was a person stationed at the bridge most of the day to help out and give directions, but most of the time everyone was too busy to sit down.

Someone from the local TV station came by to check things out.

It was amazing how quickly we were able to fill the bridge.

After all was said and done Spectral Spiders managed to cover every single lamp post on the bridge – 30 in all! I’ve already shown you a few, but here are the rest:

Apparently we couldn’t stop at just the lamp posts. A few other yarn bombs were found at the bridge.

It was all up in time for Arts Walk! Unfortunately some of the pieces didn’t last beyond that night. Vandalism is something that happens frequently with yarn bombings, and this time was no exception. By the next day several of the pieces were gone, including Yoda which was a beloved traveling yarn bomb that had graced the streets outside the creator’s house for years.

The giant octopus was cut down as well, and was doubly painful due the fact that it was made by the same artist who made Yoda.

It sucks to have art vandalized like that, but that’s a risk one takes when making street art. There was one uninvited guest I found who seemed to really understand what we were trying to do. A tiny spider showed up on one of the spider-themed pieces in honor of the Spectral Spiders.

All in all it was a great experience! I’m definitely going to participate in more yarn bombings in the future!

WARNING: This post contains a ridiculous number of pictures.

The photo prompt today was “extreme close up,” which is what I frequently seem to do anyway. This time I decided to see just how close I could get.

Staging and lighting: While I was out and about I decided to zoom in on an art installation. It was about 3 pm and partly cloudy. I took the photo about an inch away from the surface of the piece.

Just for fun, I Instagrammed the full photo of the art piece too. I like it better than the reference photo.

Anyway, back to the actual challenge photo…

It’s hard to go wrong with something this abstract, but for the Instagram version I went with the filter that gave the biggest range of colors without darkening the photo. For the computer edit I wanted to bring out all the cool bubble shapes in the glass, so that’s why I pumped up the definition and sharpness. They both turned out awesome!

You may have noticed that for once my challenge photo is not in my house or my backyard. The reason I was lured out of my cave in the first place was because I needed to do a fitting for my yarnbombing. I have a whole section seamed together at this point, and many more pieces pinned together, but I needed to actually put those pieces up on the light pole to see how they all might fit together and how much more I need to do.

The main section I have seamed together fits on the lower part of the base quite nicely. I just need to smooth out the edges.

I purposefully did not seam together enough pieces to fit all the way around the pole yet. I needed to figure out where I would stitch up the piece when installation day comes. I think I will stitch it up along the corner to the right of the tentacle.

So now I just need to add about 7 inches worth of pieces to the other end of this section so it can reach the tentacle corner.

This strip of swatches should help pull the bottom section in tight around the middle of the base and prevent it from slipping down.

I had another strip of swatches that I wanted to use for the top of the piece to hold the whole thing up, but it didn’t quite fit around the rounded section I had initially intended it for.

It fits perfectly above the rounded section though, and it should help hold the piece up even better with that lip in the way!

I made a LOT of progress on Ducky this week! I worked on filling in the holes around the left cheek.

Then I smoothed out the shape of the cheek.

I filled out the head shape some more and started building the brow ridges.

Then I attached the brow ridges and filled in the eyeballs. And with that, the sculpting of Ducky’s head was FINISHED!!!

I started coloring the nose and the brow ridges. 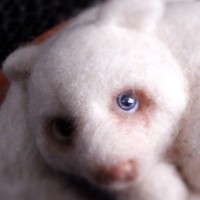 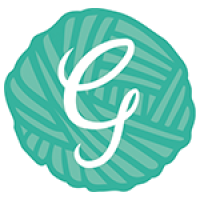 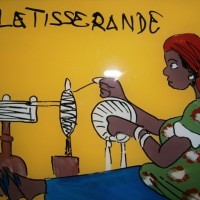 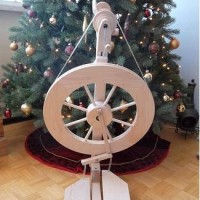 Trying to live a creative life