A while ago I was working on a monster. Then I started to see the light at the end of a tunnel with Ducky and just worked on that until I finished. Well, I picked up the monster again and gave it some horns! 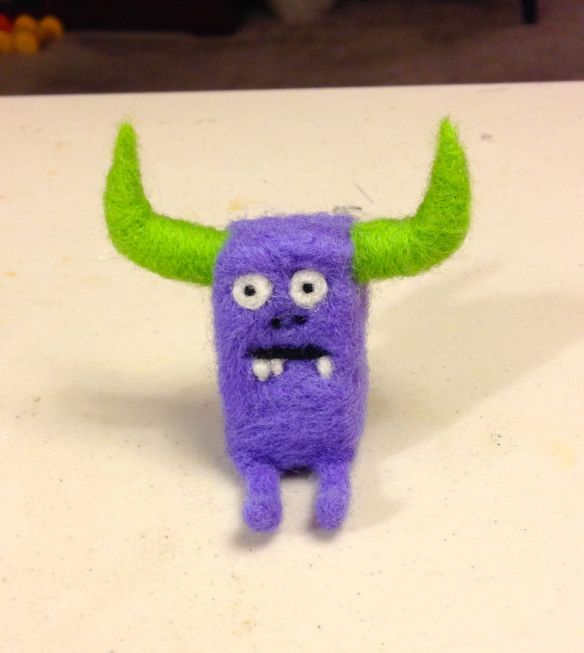 Then I gave it a tail so it could sit up easier. The monster was a bit small though, so I decided it needed a buddy. 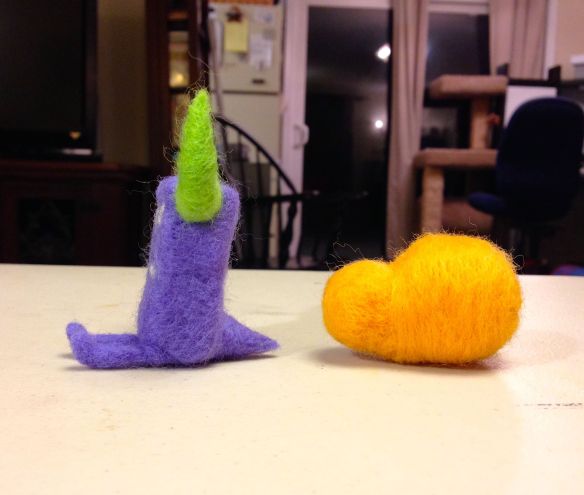 I started shaping a lumpy blob body based on another illustration my sister made for me. 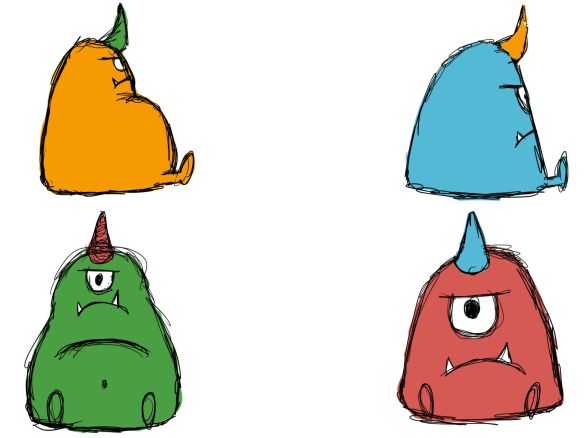 I gave it some legs. 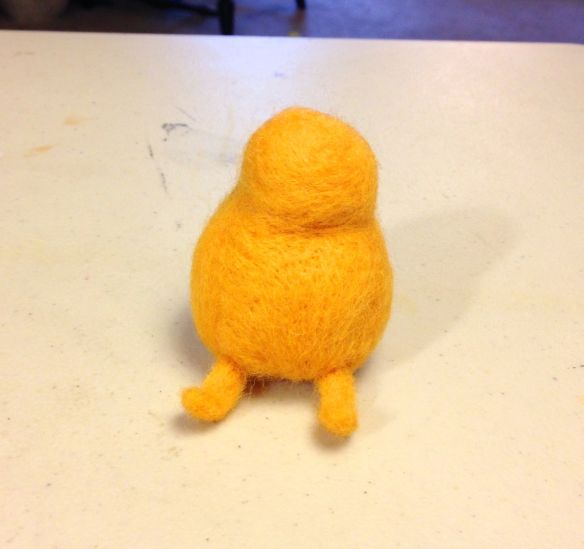 Then I added a belly button and finished the face. I made a horn for this one too and started attaching it. 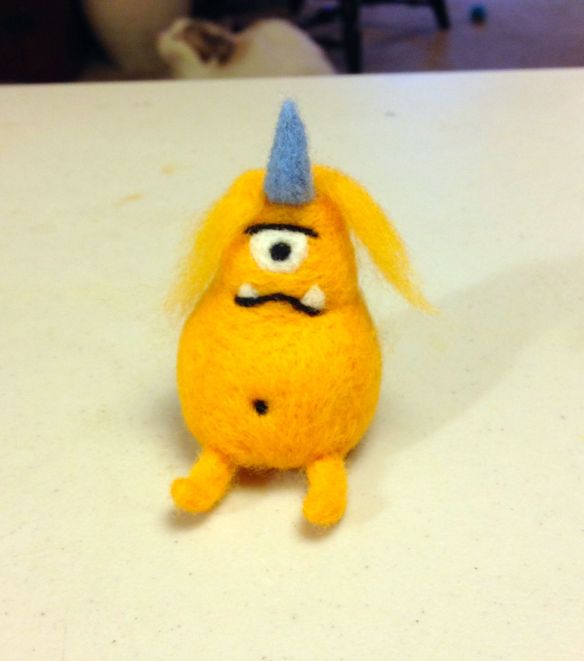 Before I knew it, I had made a second monster! 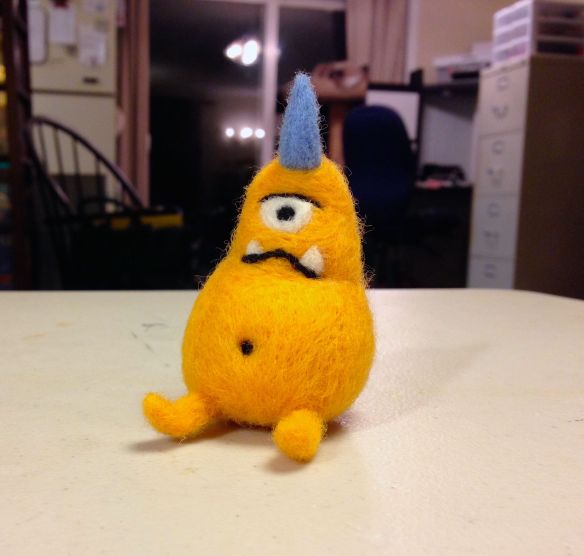 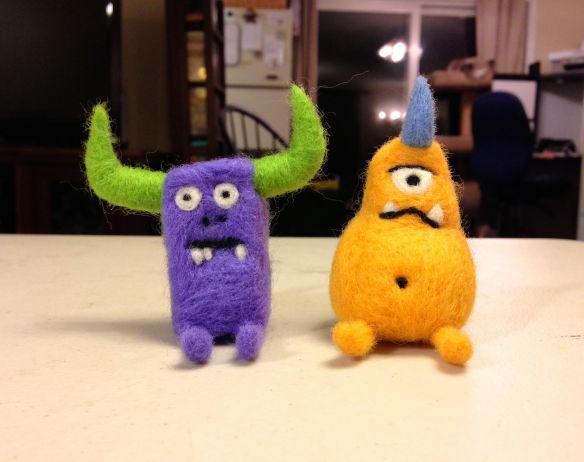 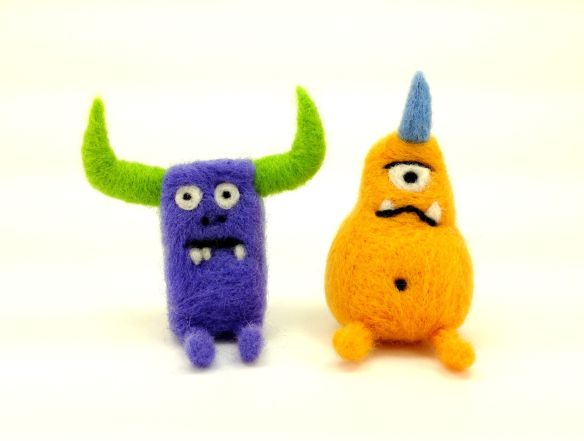 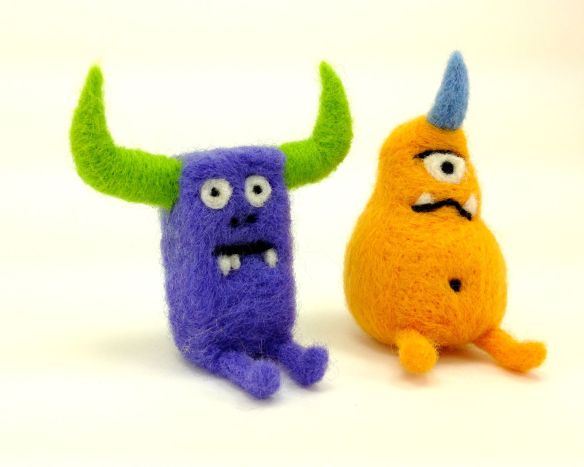 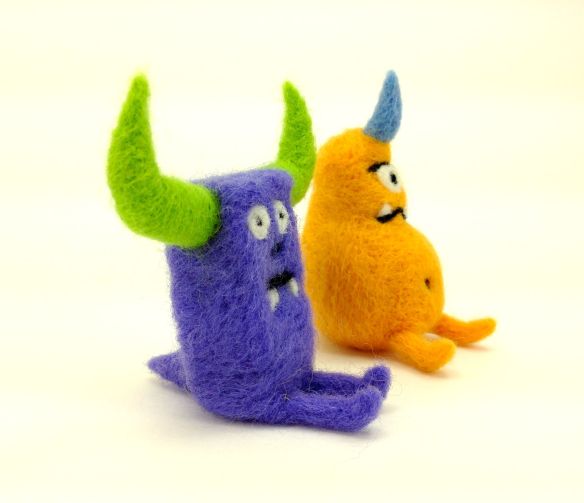 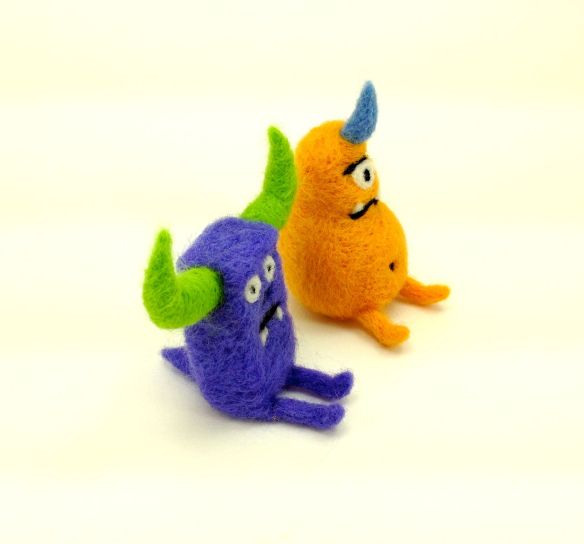 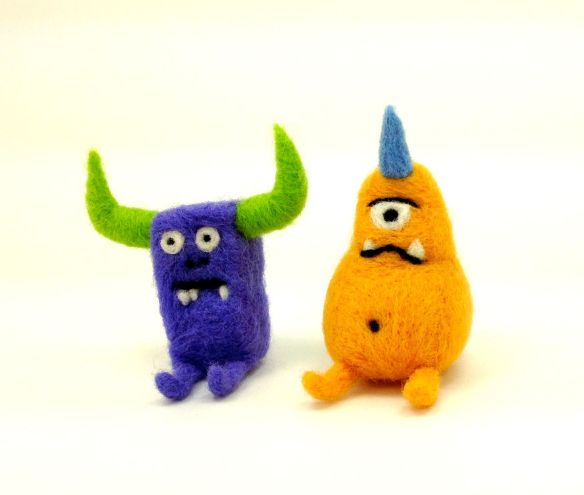 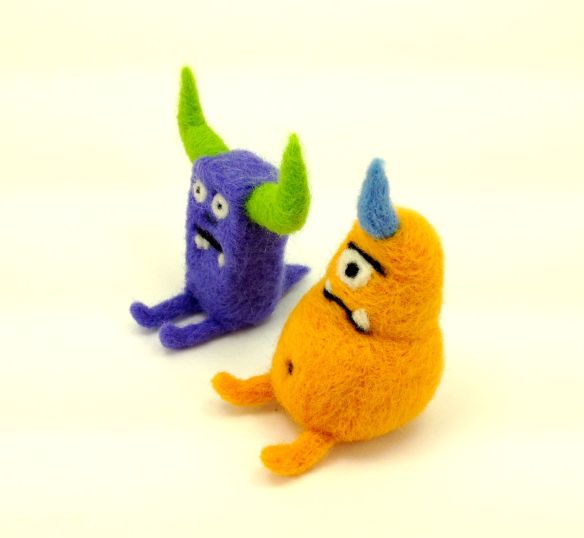 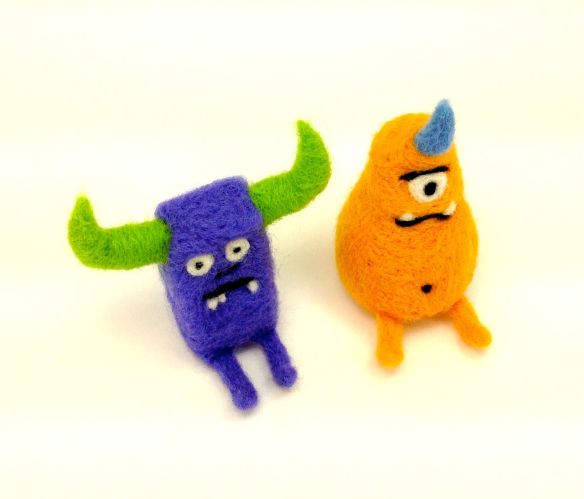 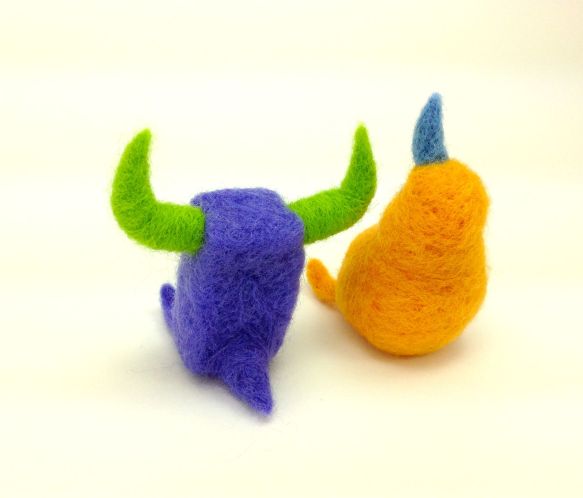 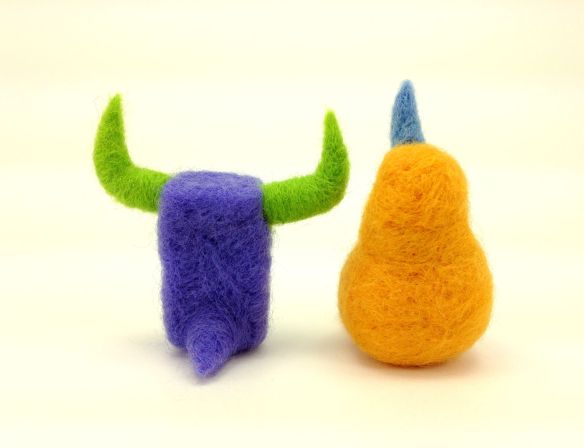 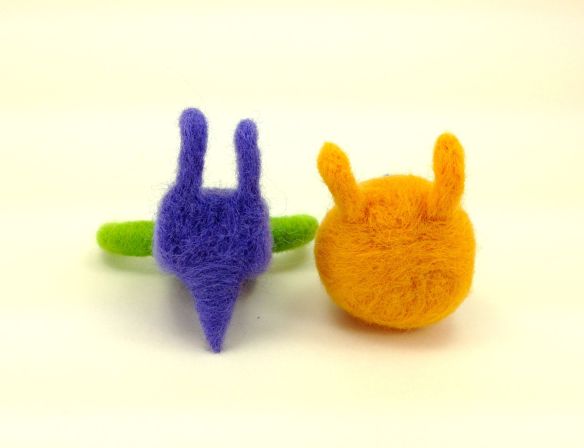