Let’s check in with the needle felting projects…

Ducky‘s body shape is nearly complete! I started covering a styrofoam ball with black felt to use for the upper body, but once I added it to the lower body I realized I had way overshot the scale and it was too big for the legs. I tore the upper body off and will be refining the front end of the oval shape of the lower body until it looks more like the upper body.

I have no idea if that paragraph made any sense.

The Kodama is coming along nicely! As promised, here are some process pictures… 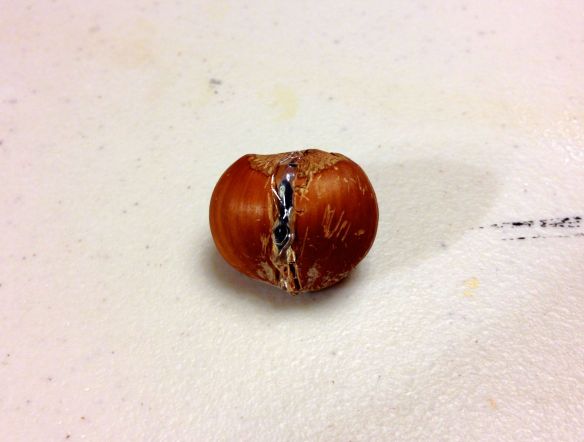 I started off with a noisy nutshell.

Then I encased it in wool. 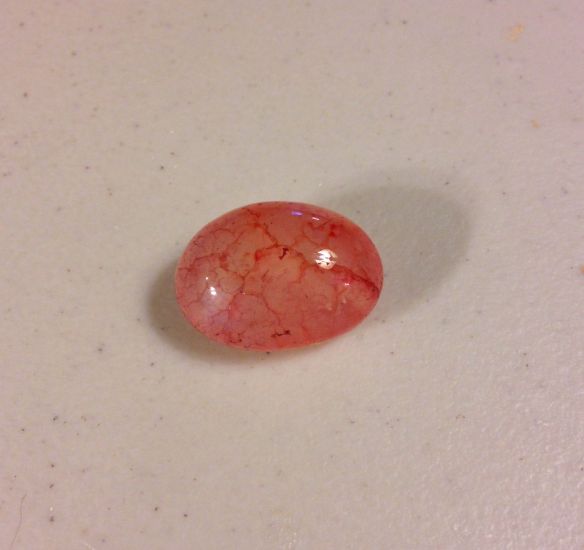 Then I had an epiphany! If I could just find something heavier than the head, I should be able to weigh down the body enough so that the head could rattle instead of the body! I found a stone that weighs several grams more than the head. 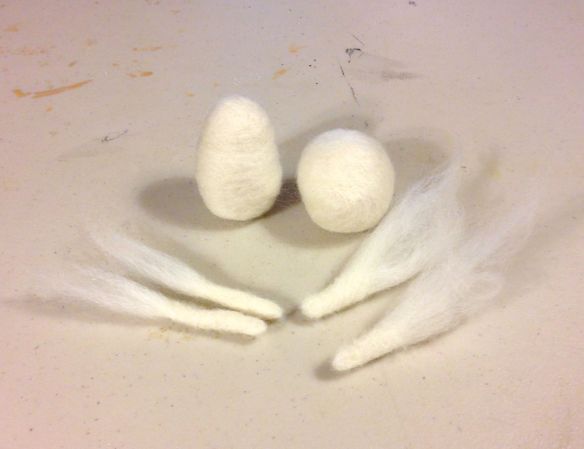 I encased the stone in wool and started forming the arms and legs.

Then I bent the legs to form knees and I added hands to the arms.

Oh, and last week I finished a set of Poke-dryer-balls for my sister’s friend. 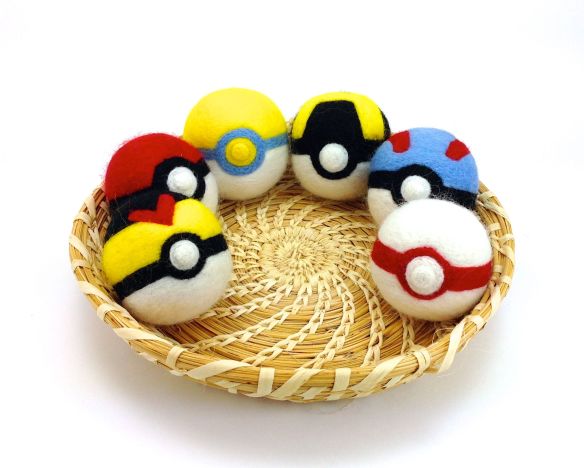 That’s all the felting I’ve got for now, stay tuned for more!